Historically and architecturally significant, the Homeland neighborhood nestled in northern Baltimore has famous designers and quietly spectacular homes. Directly north of Notre Dame of Maryland’s campus, this carefully planned community is generally bounded by N. Charles Street to the West and Bellona Avenue on the East. At the North end, Melrose Avenue draws the line between Homeland and Bellona-Gittings.

A working farm until 1924, Homeland joined the city and was developed into a neighborhood by the Roland Park Company under the guidance of the famous Olmsted Brothers firm. (The elder Frederick Law Olmsted designed New York City's Central Park and is considered the father of American landscape architecture.) The firm's design expertise saw the layout of the neighborhood’s roads and paths arise organically from the existing features of the land. This naturalistic design also provided the neighborhood with plenty of green spaces, including the string of tranquil “lakes” at its center.

“In Guilford and Homeland, they took pre-existing manmade features like the ice ponds of these former estates, turning them into what became Sherwood Gardens and the Homeland lakes,” writes Paige Glotzer of the Johns Hopkins University History Department in The Olmstedian.

This thoughtful approach to its creation, along with a neighborhood association that has protected its architecture, has allowed Homeland to maintain both strong character and home values over the last 100 years. 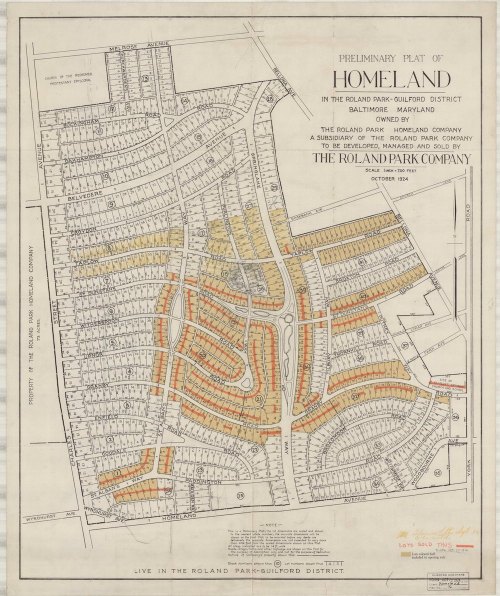 Original plans for Homeland by the Olmstead Brothers.

For expanding families in Baltimore the tranquility resulting from its expert planning, coupled with the availability of larger homes, makes it an appealing draw. The president of the Homeland Association Brian Hammock, noted it was such factors that drew his family to the neighborhood in 2014.

“We felt like we could get a home that really had some character at a better price than outside the city,” Hammock says in an article from Baltimore Fishbowl. “You just can’t find 22-inch stone walls anywhere else.”

Hammock goes on to note that the quick access to downtown was also an important considration for him and many of the neighborhood residents.

Selling at an average of $220 per sq/ft in 2019, Homeland pricing is comparable to the average for Maryland suburbs.* However - given its pedigreed planning and the special character of its residences - the value and quantity of exceptional homes available here is notable.

If you’re interested in learning more about Homeland, guerilla / realty’s David Tomasko is a fantastic resource. Having recently sold 5307 Tilbury Way - a prime example of the well-designed homes that are available in the neighborhood, Tomasko is also a resident of nearby Anneslie and can offer first hand insight into what it’s like to live in the area.

*Source of Statistical Data: as reported by BrightMLS, the regional multiple listing service for Baltimore, Maryland 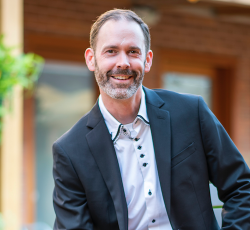 Want to know more about Homeland or the surrounding area?
Schedule a consultation with Diamond Dave Tomasko……

Buying a home in Baltimore? There can be some sticker shock with annual taxes. Your tax bill is...
Read More

how much does it cost to build a custom home? | builders